Some words have more than one widely accepted pronunciation in Standard Australian English. This won’t affect communication but may affect how your students segment words during spelling lessons.

For example, do you say often with /t/ or without? Your answer to that question will determine the number and type of graphemes (letters) you end up with when you segment the word.

Variation in pronunciation commonly occurs when either a consonant phoneme or a schwa is dropped from a word, resulting in different – but equally correct – segmented answers. Let’s look at some common examples of alternative pronunciations, how they affect segmenting and how to discuss this topic with your students.

In each case, the 4- and 5-sound segmented versions are both correct. Neither is more ‘right’ than the other. 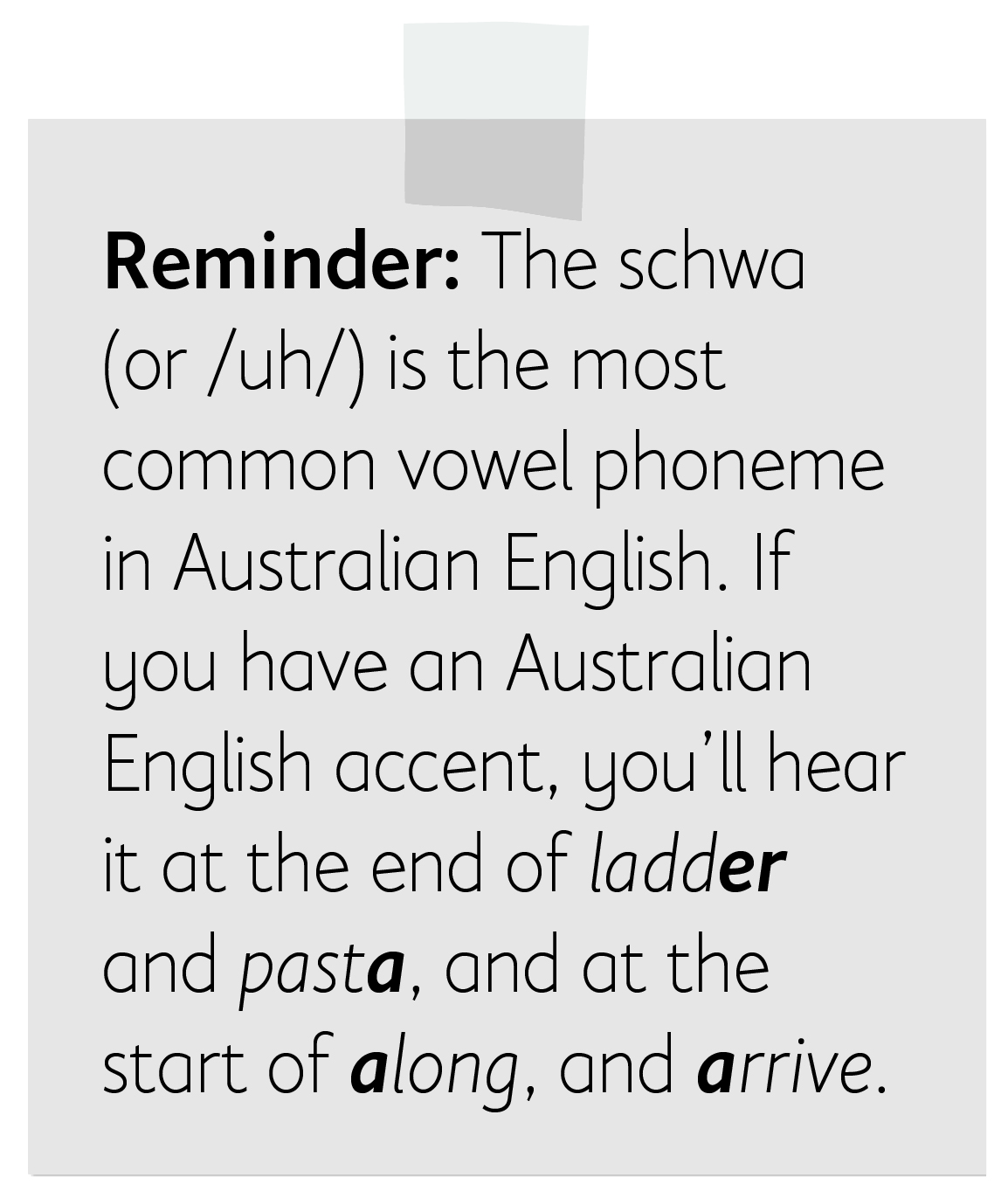 Do you say family as famuhly or famlee? The latter has one less sound than the former and, as a result, there are two ways to segment the word:

The same effect is seen in history:

Things to keep in mind

Many words with alternative pronunciations do not result in different segmented answers. For example, whether you say zebra with the second sound as

, the word appears the same when segmented:

It’s the same with dance:

The alternatives above are perfectly acceptable, however, true mispronunciations, such as lie berry for library, or pitcher for picture, should be identified and discussed before students attempt to segment words.

There are many varieties of English spoken within Australia, resulting in variations in acceptable pronunciation beyond what is listed as ‘correct’ in dictionaries. These variations are strongly tied to student identity, so any conversations regarding pronunciation should be approached from the perspective of identifying and celebrating language diversity.

How to discuss pronunciation and segmenting with students

Don’t just brush past pronunciation differences. Instead, embrace them as an opportunity for class discussion. First, be prepared. As part of your planning for the unit ahead, check out the Segmented Answers at Sound Waves Online. These include multiple segmented answers for words with more than one common pronunciation.

Next, communicate with your students. It’s important to explain to students that, even when there is more than one way to pronounce a word, the word must be spelled correctly. As students engage in these types of discussions, they consolidate their spelling skills, which is the ultimate aim of practising segmenting.

Finally, don’t panic if one student segments a word differently to another due to differences in pronunciation. The critical tasks for students are to:

Learning to segment words with alternative pronunciations is an invaluable experience for your students, and will help foster their interest in finding out how words ‘work’.

Dear teacher,
Learning from home is challenging for all involved – teachers, students and parents. Here’s a quick guide to help you manage these challenges using Sound Waves resources during the COVID-19 pandemic.